Rooker-Downing Insurance was founded in 1980 and was formerly known as Nitsche, Blackmon & Cryer Insurance.

Mike Rooker and Linda Downing purchased the agency in 2001 and formed a partnership.

As an Independent Agency, we have the ability to shop the market to find the best coverage at the most affordable cost with several “A” rated insurance companies.

Tip OneTip TwoTip Three
Collision coverage pays to repair your vehicle when you have an accident with another car—even if the crash is your fault.
Get the highest deductible you can afford.
Property damage coverage pays for damage you cause to someone else’s car or property, such as a mailbox, fence, or building. 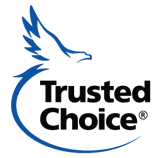